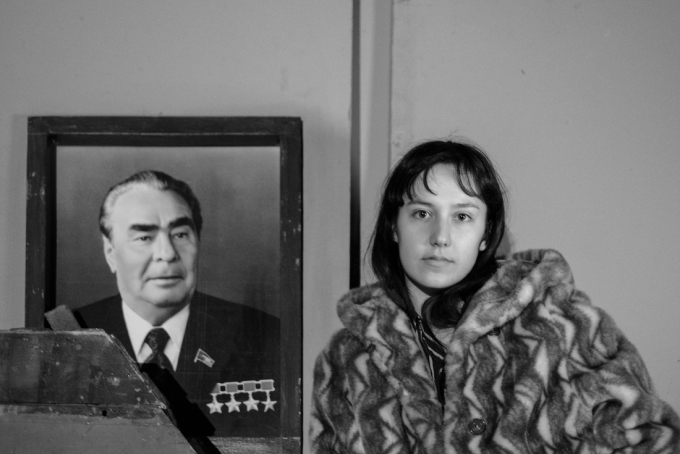 Shumen is a small town in the Northeast of Bulgaria, an economical weak region of the already poorest country of the European Union. There’s a lot of unemployment and poverty. Especially young people leave the country to work abroad. Instead of attractive jobs, one can find a lot of betting business in Shumen. And some monumental buildings, impressive concrete skeletons, some of them unfinished, signs of a socialist past with its utopian dreams. Today, these dreams have been disintegrated into a difficult presence. What remains is a poster in front of the town hall that looks like a film still of a Balkan ‚Blade Runner‘ movie.

In the last eight months I had visited and documented the work of freelance choreographers in Athens, Zagreb and Tokyo. Before I went to Shumen my expectations hadn’t been high. There is a big theatre on the main pedestrian street, build in a typical brutalist style. Although this building was finished, once you’re inside you can sense the lack of money, you can feel that the best days of the Vasil Drumev Theatre may have past. 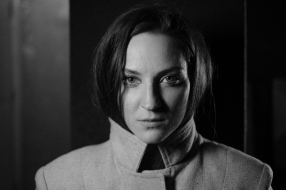 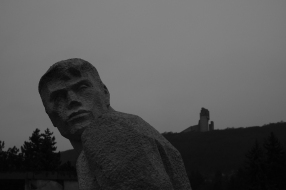 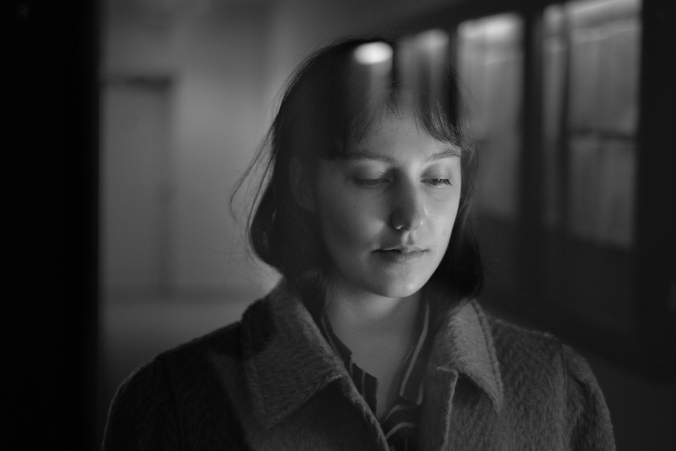 But during my stay, I’ve sensed also a very different feeling: that a theatre’s structure is nothing compared to its people who work and create there – and fill it with life. Stefaniya Georgieva and her sister Kalina came from Sofia to Shumen for a longterm project and gathered a group of female dancers and actors to make a new piece, rooted in ancient Bulgarian rites. Five days a week the women work in the sometimes cold and draughty stage area, developing new parts of the piece. At lunch break they eat the stew, the older female stage personell has cooked for them. Sometimes I asked Stefaniya, Kalina and the others, if they had 10 minutes time for a short portrait session, and often they grabbed one of the heavy coats and we headed towards a side stage, where the light seemed interesting enough. 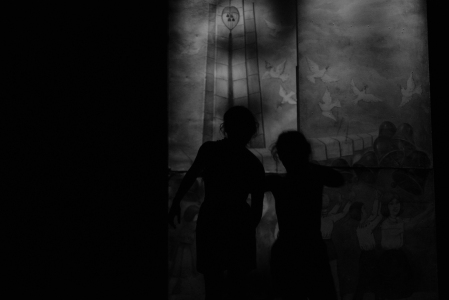 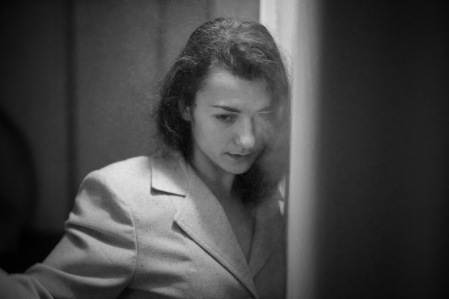 In the end, Shumen may have been the most intense destination of my eight month journey. Every time I walked down the dreary streets of the grey little town in Eastern Bulgaria and entered the theatre it seemed to me as if I would join a force, which swept away the dust of the last decades. As if the young women not only wanted to create a new piece but also overwrite an ideological past.